Robyn Couture is improving her life by achieving one small goal at a time.

She decided to change the way her life was heading last year after starting a blog called, Edmonton Tourist, and talking to her niece who had bariatric surgery.

In December, Robyn asked her physician to refer her to Weight Wise.

“I decided that the outside of me didn’t match the inside of me,” explains Robyn.

Once she exhausted all the Weight Wise class modules, she was then matched with Edmonton Southside Primary Care nurse Sue Marshall for support.

“I’ve learned how to set a proper goal. I would start off with a daily small goal. I’m slowly starting to change my diet,” says Robyn.

Besides the goal setting, she’s been succeeding because of the support she’s receiving from her family. Prior to her making the decision to changing to a healthier lifestyle, Robyn says she had always put her family’s needs before her own.

“My family had to take over a lot of slack,” says the mom of two young teens.

One of her goals has been to incorporate swimming as exercise. Robyn only managed three laps on her first day in the pool. By the third week, she was swimming for 20 minutes and achieving nine laps. Now she’s able to swim an hour, an equivalent of two and a half kilometres, and goes three times a week.

She’s training for a half marathon through a Running Room class and works out eight times a week.
Robyn doesn’t allow herself to set a new goal until a previous goal becomes a lifestyle habit. Her next goal is to record everything she eats.

She’s balancing her exercise while working full-time as a Head Start pre-kindergarten teacher and taking two university courses for her MBA.

Robyn has taken advantage of Edmonton Southside PCN workshops such as the Grocery Shopping Tour and Craving Change. Her children are eating healthier and she only shops out the outside aisles of the grocery store, avoiding the aisles that have processed foods. She fills her plate with half of vegetables, a quarter of protein and a quarter of carbohydrates.

“When I took Craving Change with the PCN that rocked my world. I learned I was emotionally eating. Before you eat, you have to think about how you are feeling. The food was numbing my pain,” says Robyn.

She describes herself as having a food addiction.

“The difference with a smoker is they can just quit smoking. If I stop eating, I’ll die. So it’s learning to deal with that (addiction),” explains Robyn. “The PCN addressed the emotional reasons of why I eat.”

Robyn plans to take the Keeping the Change workshop in the near future.

“This is the longest ever I stuck with a lifestyle change. Before it was a month,” she says.
She estimates that she’s lost 55 pounds but she doesn’t weigh herself. Robyn sees Sue once a month to review what she’s accomplished.

“She’s there to listen. She’ll give me a hug at the end. She’s always so supportive in ways that my family is not,” says Robyn.

She believes Edmonton Southside PCN has been a great resource.

“I think it’s a wonderful program. It offers things at no cost to me. I like how supportive it is without being a doctor and a pill,” says Robyn. “It’s a good use of health care dollars. It’s worked for me.” 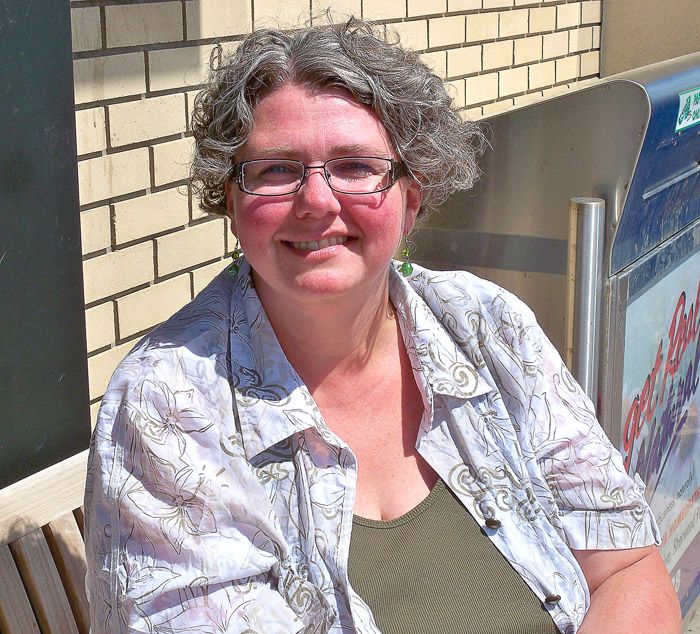