They discovered the Housing for Seniors workshop after seeing a poster for it in their family doctor’s office. The couple, who have been married for 42 years, wanted to ensure they are prepared for the proper housing as they become older.

“If either of us fell down and broke a leg, neither of us could look after the other one on our own. If we get the appropriate place and care and if anything happens, then the solution is solved,” says Larry.

During the housing workshop, they discovered there are different levels of care at different Edmonton facilities. They received a housing guide that provides five pages of questions to ask when looking at a facility.

“There are lots of questions you wouldn’t think of asking,” says Louise.

The housing workshop motivated them to inquire about what is available now.

“After going to the sessions, we realize we better start looking now because it could take four years to possibly get into a place,” says Larry.

Larry, 66, and Louise, 65, decided to take the Personal Directives/Enduring Power of Attorney workshop after the recommendation of Brendan Klug, a geriatrics social worker at the PCN. Brendan facilitates both workshops.

“We were right in the process of redoing the will and this was going to be part of it,” says Larry.

The couple learned how to complete these legal documents smartly and were guided through the complicated language.

“The good part was having somebody walk you right through it and explain what it was,” adds Louise.

They say if they went to a lawyer, they would be handed the papers and told to sign without any explanation. Larry and Louise are grateful for the chance to take these workshops.

“Both sessions that we did were excellent,” he says. 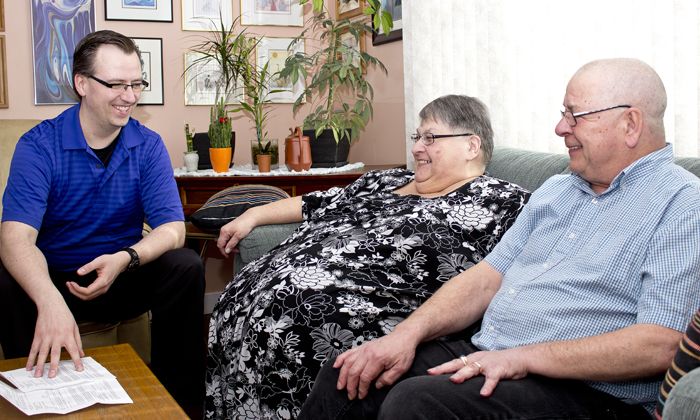