Jim McLaws pulls out his laptop and inserts a USB stick. This is not an ordinary USB stick. It allows him to input his blood glucose measurements directly into the computer, resulting in a much better quality of life for a diabetic who is constantly on the road for his job.

The results are sent to his Edmonton Southside Primary Care Network nurse, Suzanne Irwin, who can call back and chide him for not following his nutritional plan. She can quickly answer any concerns that Jim has as well.

“I chart everything out and put it together with my food log and I send it down to her. That’s great. For me, it’s been a big door opener because sometimes trying to schedule to be up here (Edmonton) so I can go to the physician or the nurse is difficult,” says Jim.

Jim lives in Calgary but has been seeing a family physician at Gateway Medical Clinic for over 20 years. He’s noticed how the practice has grown substantially and the difference that the PCN has made in the clinic.

“Fifteen years ago it was like a walk-in clinic. Now you can’t do that anymore. The doctor can’t spend all the time chit chatting and looking at some personal issues directly because they are just too darned busy,” he says.

How the PCN works within the clinic hit home for Jim when he was diagnosed with Type 2 diabetes. He went for an annual physician with Dr. Greg Keough and was sent for routine tests. When he received a phone call to return for another appointment, it didn’t dawn on Jim that he could be diagnosed with a chronic disease.

He was put in a room with Suzanne and a dietitian and wondered why they were becoming involved with his health care.

“There was a little confusion on my part because of the fact that I didn’t understand why they were brought in and that they were part of the team and part of the support system. After five or 10 minutes, I started to realize that this is serious and they were putting their foot down here,” says Jim.

He was put on a plan that helped him shed almost 50 pounds and boosted his energy over several months. However, his job pulled him back on the road and Jim began eating poorly again.

“My worst enemy is generic road food. You don’t necessarily have a whole bunch of restaurants between Toronto and Barrie that you can pull over and stop. The menu choices are still nowhere near they ought to be. I started putting weight back on,” describes Jim.

When he returned to Gateway for a check-up, he was reminded of the health contract that he signed and how he missed the mark for improvement. Suzanne and Dr. Keough developed a new plan, which included medication and the USB digital glucose meter.

“I was very fortunate. My diabetes is relatively mild. It can be controlled predominantly with my eating habits and obviously with some exercise and the new meds they put me on,” says Jim.

With the new medication and armed with a meal plan designed by a PCN dietitian, Jim is feeling the difference in his body.

“I can honestly say I feel much better than what I did previously. I am getting more back to the way I was when I was in my late thirties and forties. I’m feeling the energy levels and I’m nowhere near as tired,” he explains.

He’s making smarter meal portion sizes and is staying away from caffeine, sugar and salt. Jim is now going to the gym three times a week and logging everything he is eating.

“I’ve been doing that and my blood pressure work is excellent. It’s just the Type 2 that I’m dealing with. In fact, the diabetes is not debilitating or stopping me from doing anything,” says Jim.

He has glowing reviews for his PCN nurse and how she has worked as a team with his family physician.

“I have to take my hat off to Suzanne and the support Dr. Keough gets from her. It works wonderfully. At the end of the day, the system for me is working. When you are diagnosed with one of these chronic conditions and some of them are pretty serious, diabetes is pretty controllable,” says Jim. “My biggest problem was absorbing the information and trying to understand it correctly so I can educate myself a little better. It’s part of the issue of coming face to face with the Type 2 diabetes and dealing with it as effectively as I can. This is where the PCN comes in and latterly my physician. There is a certain personal responsibility that you have to take as well.”

Dr. Keough agrees that the team effort towards a patient does pay off.

“I think having a PCN team looking after our patients at different levels, be it nursing to dietary, gives completeness to how Jim and others are cared for. The patients tend to express gratitude that there is such an interest for their well-being. I suspect this motivates them to do the best they can for themselves. Overall, this promotes health and change in them for the better,” says Dr. Keough. 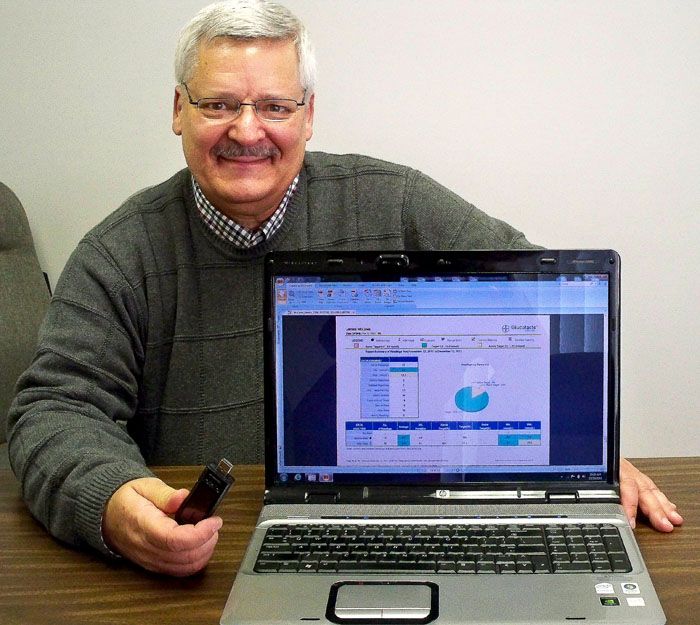