The concept of a primary care network was planted in Dr. Rick Spooner’s head after reading a paper from the College of Family Physicians of Canada. The idea sat and gathered dust until negotiations began between the Alberta Medical Association, Alberta Health and the health regions in 2003.

“It was proposed that we start to develop what were called local primary care initiatives. It was any group of physicians who would come together and find a way to organize themselves so they could deliver a basket of services and the government would pay $50 per capita (per patient) to the network,” explains Dr. Spooner.

He and Dr. Irene Colliton approached other family physicians working out of the Grey Nuns Hospital to see if there was any interest to join this initiative. From the discussions, the founding family doctors of Edmonton Southside Primary Care Network decided services were needed for chronic disease management, mental health and geriatric care. They formed the network and hired Doug Craig as the general manager in 2004 with a letter of intent from seven doctors.

Since the concept was new, the doctors had to train the first nurses on how to manage diabetes, says Dr. Spooner, who is based out of the Grey Nuns Family Medicine Centre.

“We had our own self-built education program,” he adds.

He is happy that the initial growth of Edmonton Southside was slow with 11 clinics joining as members. It gave the organization time to develop its programs for patients.

“We’ve had to learn and get our programs going and figure out how nurses are going to interact in our offices. I remember at one board meeting, one of the board members getting a little heated and saying, ‘Just remember. Those nurses are guests in our clinics.’ Now they are an essential part of these practices.”

He is shocked how quickly the PCN concept took off and adapted across the province. Now there are 42 PCNs in Alberta. Edmonton Southside has over 230 member family physicians in 66 clinics. Dr. Spooner envisions that one day there will be a ratio of one nurse for every family doctor instead of the current ratio of one nurse for every five doctors. 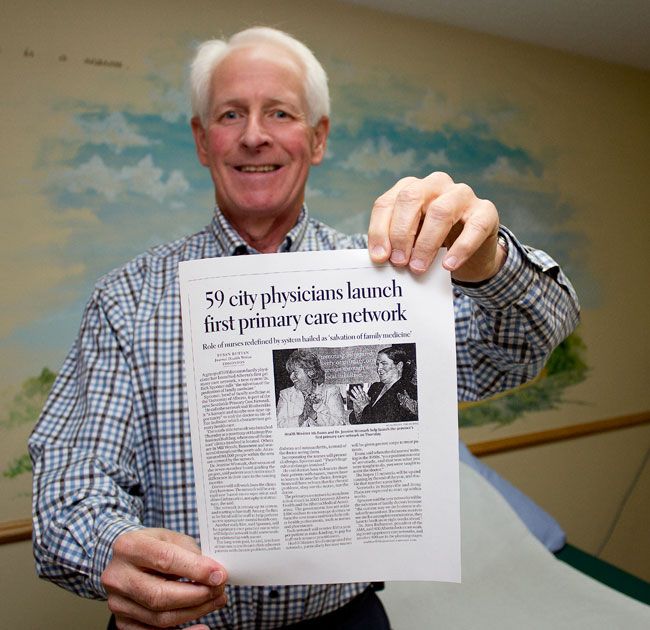