A traumatic medical experience forced Beverley Anne McAmmond to change the way she approached her life.
After recovering from five surgeries involving diverticulitis, a severe fungal infection and hernia, Beverley was dealing with post-traumatic stress disorder, depression and anxiety. Her family doctor referred her to Crystal Degenhardt, a mental health specialist at Edmonton Southside Primary Care Network, for assessment and help.
Her journey began with a vacation in the Dominican Republic in November 2011. Three days into the holiday Beverley, 64, began to have severe stomach aches and constant vomiting.

“I had so much pain that I couldn’t stand it,” she says.

She ended up in the hospital where a blockage was discovered in her bowel and was told she had three hours to live. After a seven and a half hour surgery, Beverley woke up in intensive care with severe pain and a colonoscopy bag on the left side of her body. A portion of her bowel had been removed.

When she recovered, she returned to Edmonton and her right eye began bothering her. A few days later she couldn’t see out of her eye and went to the hospital. Doctors diagnosed her with a fungal infection and kept her in the hospital for surgery. It was suspected this was caused by exposure to contaminated medical instruments in the Dominican.

Beverley had to take anti-fungal medication for 10 weeks and as a side effect, lost all the skin on her lips and much of her hair.

Crystal provided her the chance to discuss her medical experiences and come to terms with her health issues. Beverley also went through a reversal of her colonoscopy and a surgery to fix the hernia.

She took Crystal’s advice and went for a three month intensive group therapy through the Psychiatric Outpatient Program (POP) at the Grey Nuns Hospital.

Beverley was told by the psychiatrists that she had become sick because she was playing the role of a victim or a martyr. She soon realized that she had always had a hard time dealing with her emotions and feelings.
“It was horrible. I had to tell everything about myself that I didn’t like. I’m a people pleaser, a rescuer and a caretaker,” she says.

She realized through POP that her relationships throughout her life most likely caused the diverticulitis and other health issues.

“I was learning a lot of things about myself – some good things and some not so good. I had fabulous therapists there. It was the best thing I had ever done in my life for me and that is why I am extremely grateful to Crystal,” says Beverley.

“They changed me into a different person and I am extremely grateful. I have a better relationship with myself, my children, my family, my friends and life in general. My friends see that I have my sparkle back and I’m so much better. Between the City of Edmonton community health services and the primary care network, they saved my life mentally and emotionally.

Crystal also has noticed a change in Beverley.

“She has taken a new perspective on her health and built strategies to understand and improve her health,” says Crystal. 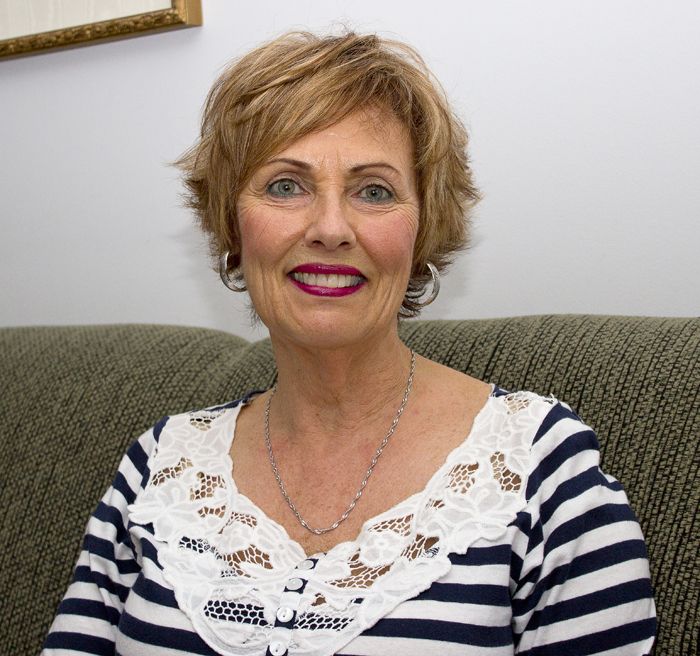