John Boyd wants to be able to walk to a mall without wheezing and stopping to catch his breath. He doesn’t want to end up using a ventilator or in the hospital because of his chronic obstructive pulmonary disease (COPD).

His family doctor, Dr. Tim Yeung, first referred him to a primary care nurse, Diane North, over a year ago after he was hospitalized for his diabetes.

Kirsten, along with Dr. Yeung, diagnosed John with COPD. She recommended that he enrol in Breathing for Health, an eight-week workshop that focuses on educating patients with asthma and COPD on how to become more physically active.

As a former firefighter, John had been in good shape but years of smoking and poor eating caused him to stray from this path.

Sandra provided John with specific exercises to suit his needs and goals. She supervised his workouts at the Hardisty Leisure Centre.

“I went with him to Hardisty Leisure Centre the first few times to help him get situated. After that, he already had the knowledge from attending the programs to progress on his own,” she says.

As John noticed improvement in his ability to exercise, he began to add swimming laps after his cardio and weight routine. He has a new attitude towards physical activity.

“I had no motivation to do any of this, none, zero, always tomorrow. I was famous for tomorrow,” says John.
However, after working with Diane, Kristen, and Sandra, he finds his life to be different due to the exercise, diet and sleep. He feels the best he has in a long time thanks to the services provided by the PCN.

“Everybody has treated me wonderfully, just like royalty almost. Everyone wants to see me succeed,” says John.
His transformation is still not complete as John would like achieve his goals of a lower weight, quit smoking completely and continue with his diet. It will be a continuous process but now John feels he has come too far to stop.

“I do not want to let myself down,” he says. 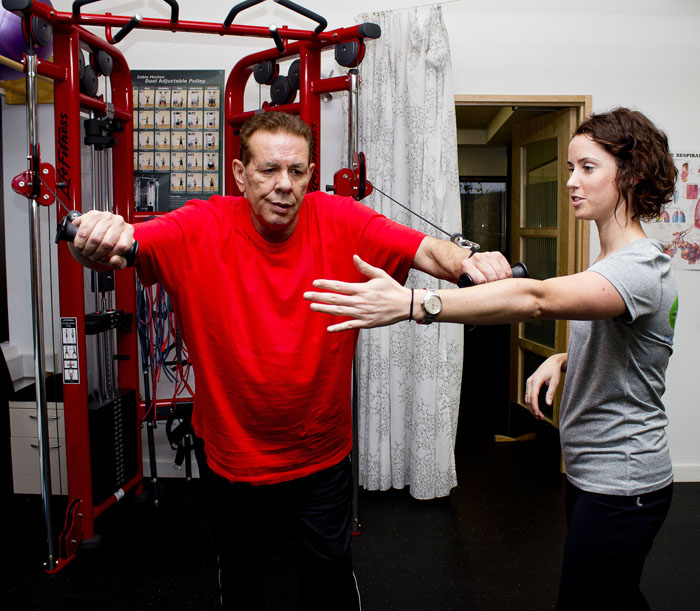