Sometimes a passing comment to a family physician can change a patient’s life. For Tara (name changed to protect her identity), this chance remark lead her down a path that she had been afraid to take for 15 years.

She was visiting her family physician, Dr. Sheela Duia, at the Meadowbrook Medical Clinic for high blood pressure and fibromyalgia when she decided to mention that she was having problems at home. Dr. Duia referred her to Cheryl Barabash, a primary care nurse with Edmonton Southside Primary Care Network.

“I wasn’t really expecting too much. I met with Cheryl who asked me about my home life. I never put a name to what was happening to me,” says Tara, who was in an abusive relationship.

“I liked Cheryl right from the start. I was coming every week to see her in the clinic and she suggested we meet with a PCN mental health coordinator.”

Dr. Duia says Tara appeared to have symptoms of depression and by having Cheryl help coordinate care resulted in a much quicker diagnosis and treatment.

Tara, 62, had been married to her husband for 20 years. Their relationship evolved around the emotional and psychological abuse, which Tara became used to and what she was familiar with. He was about to retire and she was dreading the thought of spending more time with him at home.

“I had been suicidal and self-abusive in the past and I didn’t want to be that way anymore,” says Tara.

Her husband began physically abusing Tara two years ago by pushing her and did not shy away from demonstrating this in public.

For the past 13 years, she had been seeing a psychiatrist who advised her to leave her husband.

“I didn’t feel like I was ready to leave. I knew it would get worse once he was home all the time,” says Tara.

Cheryl gave her the resources and the courage to take the next steps. Tara met with Sharon Pelletier, a PCN mental health coordinator.

“Cheryl and my role have been to support her and start where she is at. If she wanted to remain in the marriage, we wouldn’t write her off. We would continue to support her, recognizing it is a huge step,” says Sharon.
“I didn’t call her because she was really nervous for me to call her at home because my voice mail says mental health coordinator. She didn’t want her husband to pick up the phone. I just told her if you need me, just contact me through Cheryl.”

Tara learned about a City of Edmonton women’s support group called Making Connections through the PCN and Sharon told her to call 911 if necessary. Cheryl advised Tara to put money aside and keep a spare set of keys and clothes in a safe place.

“The more I saw her, the more information I was able to gather,” says Tara.

When she did decide to escape from the relationship, Cheryl asked her to call as soon as Tara was safely living in her new residence.

“I don’t know what I would have done or how it would have ended if I couldn’t talk to Cheryl about leaving and what I needed to do to get out and stay safe,” says Tara. “She let me know what I was feeling was normal.”

Since leaving her husband, Tara’s blood pressure is down and she has lost 11 pounds. Her emotional state and the way she perceives herself improved.

“I’ve gained a lot of self-confidence. Now I talk to people I don’t know. I realize I’m worthwhile and I do have a lot to offer. It’s been hard since I left. I know the decision I made was the right one. I’m still getting a lot of support from Cheryl. I feel like I finally have control over my life,” says Tara.

She appreciates that her family physician is part of a primary care network so she can access these resources.

“If my doctor was not involved with this program, there’s no way that I would be where I am now. I don’t understand why some doctors aren’t involved in this program. It’s amazing that all these services are available and are free,” says Tara.

Dr. Duia also appreciates the access that the PCN provides for herself and her patients.

“Working with the PCN has been such a great experience for me. The PCN helps us in so many different ways, especially with mental health,” she says.

She’s seen a huge difference how Tara has changed in the last year.

“We saw her through the rough patch. She has come such a long way. She has become such a well-rounded person. She doesn’t look to other people for happiness,” says Dr. Duia.

Edmonton Southside provides an extension of care for family physicians like Dr. Duia and their patients, making the process a much smoother path.

“Just to get that support, the PCN has been excellent,” she says. 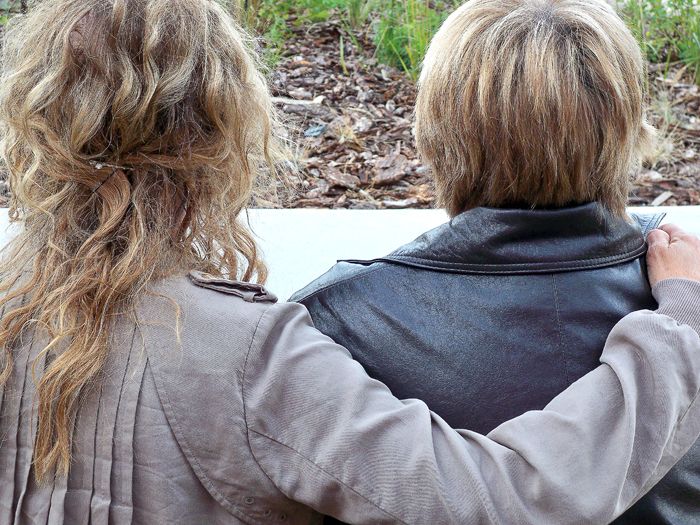